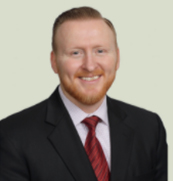 In December 2000, my wife and I moved to St. Petersburg, Florida. We began attending Park Street Baptist Church. After about six months, we felt led to get more involved. We volunteered to serve in the church’s visitation program. On September 29, 2001, while out making my very first visit with my pastor, Dennis Jennings, I was gloriously saved! 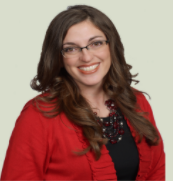 Growing up in West Virgina, I attended a Methodist Church. At a young age I was sprinkled and grew up believing in Jesus. However, it wasn’t until I started attending Park Street Baptist Church in St Peterburg,  Florida in 2001 that I became assured of my salvation and was scripturally baptized. I am forever thankful for a church that clearly presented the Gospel.

Our Call to Wales:

We soon surrendered to be missionaries after being impacted by a missions trip to the United Kingdom, a missions conference, and guest missionary speakers. In the summer of 2002, we moved to Springfield, Missouri and enrolled at Baptist Bible College. In 2004 God made it possible for us to go on our second missions trip to the U.K. After graduating from BBC in May of 2005, we were brought on staff as Missionary Interns at Cherry Street Baptist Church, Springfield, Missouri, under Senior Pastor Ken Gillming. In 2008 we were approved as BBFI Career Missionaries to the country of Wales. While serving in Wales, we worked alongside two veteran missionary families, serving in numerous areas of ministry. We were blessed to see many people come to Christ.

In 2012 we sensed God directing us back to the United States. Though we could not fully understand all that God was doing, we knew He wanted us to return home. After a time of intense prayer and counsel, we followed God’s lead. Once we returned, we were asked to be on staff at our Sending Church, Cherry Street Baptist Church under the leadership of Pastor Dennis Jennings. While on staff at CSBC, God allowed us to be involved in a multitude of ministries where we have leanred so much about leadership and administration. During our time there, God also made it clear that He still had plans for us to be missionaires and He wanted us to return to Wales. It’s our goal to take all that we learned from our first opportunity to serve in Wales as well as all God has taught us during these past four years at CSBC and return to the country God has called us to.